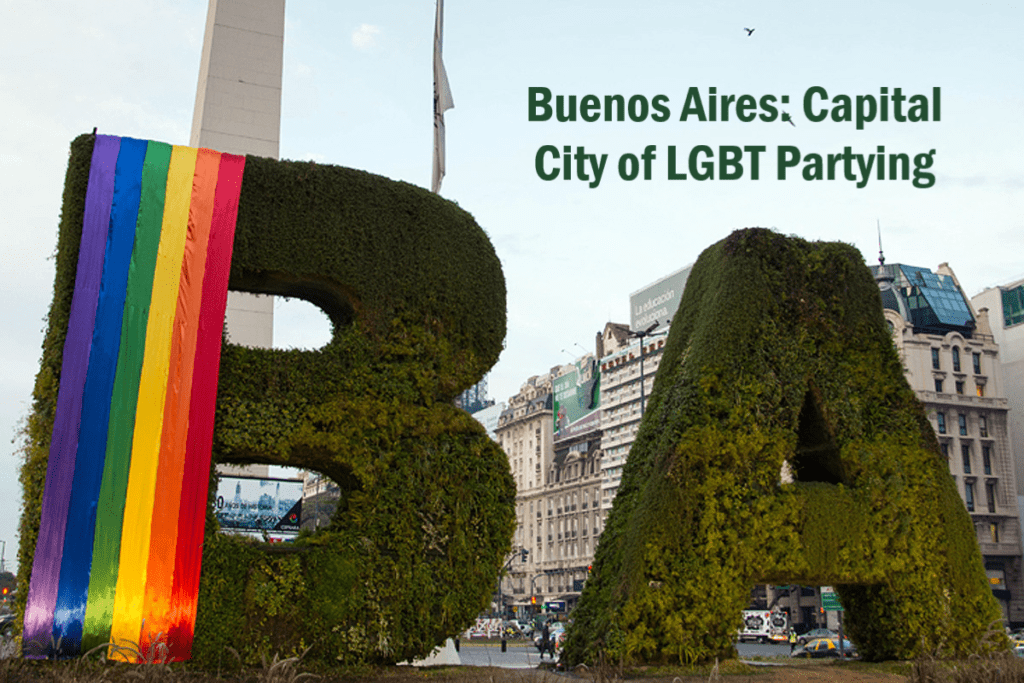 Argentina is internationally known for its nightclubs and cultural centers. Although many have come and gone, most LGBT spots are alive and well, and we’ll tell you how to navigate the friendliest places–and be the life of the party.

Ever since the legalization of same-sex marriage in Argentina, the landscape for LGBTQ+ rights has been rapidly expanding. New laws have been passed since; most recently, it was the enabling of non-binary ID. They also include, for example, the legalization of abortion and the transgender / transexual / trans working quota, which ensures that trans people can have fair access to jobs.

But partying in the LGBTQ+ Argentine community and culture has been king since the beginning of time–well, let’s not go that far. At least, it has been a means of protest, expression and community-building that echoes the history of other huge international scenes, like those in San Francisco or New York. The Argentine scene has survived many a crisis, political backlashes and repression, and now, the COVID-19 pandemic.

There are basically two types of events: those that take place in a fixed spot, and those that are organized for specific dates and re-emerge every now and then. Wherever you come from, these five LGBTQ+ spots in Buenos Aires will always be welcoming, non-judgemental and free-spirited. You don’t need to carry a dictionary to get the gist of it: let’s go party.

Here are the 5 best LGBT places in Buenos Aires

Furiosa takes place in Palermo Soho; it’s the perfect place to go to if you’re looking for a more traditional LGBTQ+ nightclub experience. Darkness, flashing lights and club music for an all-around immersive night out. It’s best to arrive about a half an hour earlier, as the venue can get very crowded.

Furiosa is a specific event so you should definitely check out their social media pages to get the latest news on future gatherings. You can get tickets through Instagram or at their chill bar in Cañitas, Furiabar.

Speaking of which: if you’re looking for a more relaxed atmosphere, a place to just gather with friends for a beer surrounded by some nice ambiance, Furiabar’s got you covered. It’s a typical place to get an artisanal beer–but with a twist. Reservations are optional.

Peuteo: The Most Popular LGBTQ+ Nightclub in Buenos Aires

Also located in the Palermo neighborhood, Peuteo is definitely up there with the most popular places to party, LGBTQ+ or not. Interestingly, its name refers to the spelling out of P.U.T.O. meaning “fag”: a long-standing slur that has been re-appropriated by the community.

The best thing about Peuteo is the people that go there, but it helps that they regularly offer awesome DJ lineups, lipsyncing events (don’t forget to tip your host!) and all-around chaos. You can’t make reservations, you have to get in line rather early and hope for the best. Trust us: it’s worth it.

The Fiesta Plop! (also known colloquially as “la” Plop!) is a themed club-like party hosted regularly at different venues. Now, with the pandemic, the parties tend to take place outside. Some of the themes have been: botched surgery (!), Glee night (as in, Glee the TV show), Cabaret night and #FreeBritney brunch.

Tickets can be bought via the Passline system (the Argentine version of Ticketmaster) and you can also get tickets at the door, though paying extra. This is probably the most crowded and wild party of the lot, so be prepared to bring your best face forward.

Feliza: For the “Quiet Types”

Here’s an awesome place to spend an afternoon or evening: Feliza. Located in the Almagro neighborhood, it self-describes as “gay bar and rainbow-flag social club”. If you’re more interested in chatting and socializing than sweating and swinging, you can come by and watch a play, go to LGBTQ-themed talks, and even partake in art workshops (just write to @felizacursos on Instagram!)

Feliza is more about finding building blocks within the community and (just a bit) less about tearing down the house. This allows for the cultural programming to be more diverse–and not just in the LGBTQ+ sense of the word. Yes, they might host third-party…parties (such as “La Jolie”, for women only); but they will more often than not feature different arts events: dance, music, literature, comic book fairs, readings. No reservations needed, except if you’re planning on going to a specific event.

Casa Brandon is a true pioneer when it comes to LGBTQ+ spaces in Buenos Aires. It has been a true home (casa) for the community in times of hardship. Almost everybody who’s anybody has been to Brandon; those “Marcha del Orgullo” celebrities, new and old icons, and everyone else.

The two-story building has been run by Lisa Kerner since Casa Brandon’s beginnings more than twelve years ago, with her now-deceased partner Jorgelina. Brandon has consistently challenged the stereotypes of “underground” culture that are present even within the LGBTQ+ community, itself.

And, because Casa Brandon is a battleground (and a party site as well), it’s the place you go when you want to dance because you’re sad. Someone will always be there to comfort you by patting glitter on your eyes! As all good casas do, they host cabarets, varietés, all-star parties and quiet, cozy events.

Why choose Buenos Aires as your LGBTQ+ home?

Political turmoil in Buenos Aires and Argentina has given way to a cultural and artistic response. All these crises outside and inside the community have risen from their Latin-American ashes to stand strong: for every LGBTQ+ spot you see, and every party that is hosted, there is the story of a struggle.

If you’re shy about communicating with the members in your community, it can be hard to introduce yourself and feel at home. There are many options to overcome that: Spanish lessons with locals are definitely an option, but you can also join casual conversation groups at other bars.

This is more than a good thing: when you come to Argentina, you’ll feel right at home. As the founder of Casa Brandon says:

“We are lucky, we are many, we are united even in the deepest divergences and, from there, we stand to fight from all possible flanks, to get the State to respond to us […] We are aware of our role: we have managed to have a social and political impact. That is a weapon. A weapon of mass construction.”