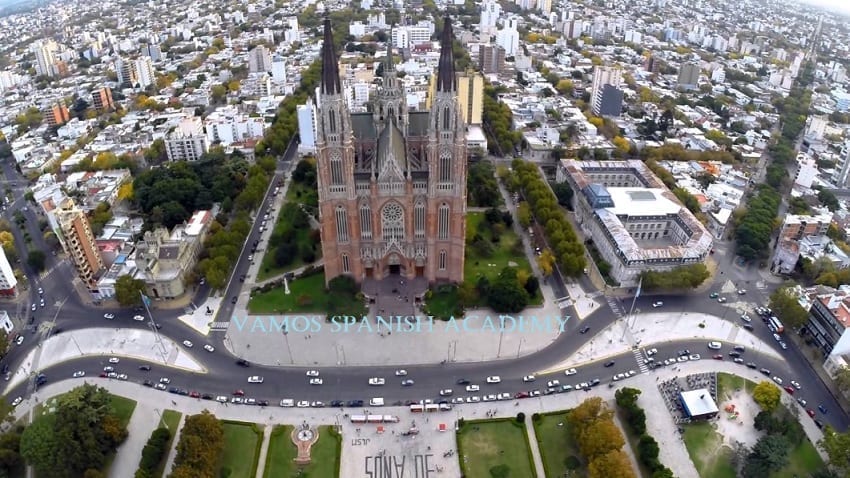 If you want to spend a day out of the city of Buenos Aires and discover another beautiful city, I would recommend taking the train down to La Plata.

The city is full of  stunning architecture and beautiful parks. It is pleasant during the day and due to the large numbers of students, there is also a vibrant nightlife. You can spend the day visiting museums and the impressive gothic cathedral and spend the evening in bars or the theaters. La Plata is the capital of the province and so has many beautiful buildings throughout the city. I went for a day trip there last weekend and I would recommend it to anyone who has a spare day in Buenos Aires.

La Plata was the first planned city in South America. When the city of Buenos Aires became the federal capital in 1880, the province of Buenos Aires no longer had a city for its own government. And so, La Plata was created. Large competitions were held to design the layout of the city along with all the major public buildings. The winning design for the city follows a grid like pattern. This means that there are large avenues and many parks throughout the city connecting the major plazas in distinctive star-shaped design. You can spend a few hours just walking through the city admiring the European style architecture. I went on one of the first hot days of the summer and the long avenues are lined with trees which made it cool. To get to La Plata you take a train from Constitución. It takes about an hour and costs very little.

The first place that you should head to is the cathedral in the city center. It is probably the most famous tourist attraction in the city. The neo-Gothic cathedral in 1885, but the building wasn’t inaugurated until 1932, and the twin steeples were only completed in 1999. The cathedral has brilliant stained-glass windows, gargoyles and polished granite floors. And you should take some time to walk around the outside to admire the spires. In the basement is an interesting museum with exhibits on the construction of the cathedral. The entry includes an elevator ride to the top of the left-hand tower from which you can see the city.

The museum is situated next to the Paseo del Bosque. It is a beautiful park with eucalyptus, gingko and palm trees. I spent a few hours there walking around and enjoying the sun. It attracts a collection of tourists and locals and contains various interesting sights. There is a small lake with paddle boats for rent and a few men who rent fishing rods. I did not see anyone catching a fish but it could be fun for children. There is also a planetarium and the open-air Teatro Martín Fierro which was unfortunately closed for renovations when I went . Also look out for the street asados around here. Although I walked past a few that looked and smelled delicious, and had lunch at one just next the museum. It was cheap and the food was good.

Another thing to do for those who are into your architecture is to and see Casa Curutchet. It was designed by the famous French-Swiss architect Le Corbusier.It is one of only built two structures in the America designed by him. The strikingly modern house, with a tree growing in the centre is a prime example of Le Corbusier’s five points of architecture.

Finally, I would recommend spending some time walking through the streets around the centre and finding a cafe to relax in for a bit. I didn’t walk far and I passed many that looked pretty and inviting before finally stopping at one on Plaza San Martin.