The Argentina Story Behind the Date – March 24

Thursday, March 24, don’t expect to go to work, to class, or shopping- it’s a national holiday, and a big one at that.  Known as el Día de la Memoria, the Day of Memory, it’s not your run-of-the-mill recognition of some old battle.  In fact, pretty much anyone over the age of 30 can remember the reasons all too well.

After Juan Perón came back to Argentina in 1973 for his third term as president, he only survived one year of his term, leaving his second wife, Isabel Perón, in charge as the President of the nation after his death (she had run with him as his vice president).  During her presidency, the military used a secret police force, called the AAA or Triple A, to hunt down, kidnap, torture and kill those who were seen as “subversives:” social activists, student organizations and workers’ unions, progressive academics, etc.  As the military became more unsatisfied with her government, the progressive sector of society was attacked more and more.  Guerilla groups like the ERP and the Montoneros fought back against the armed forces, kidnapping multinational executives for large ransoms that were used to distribute food, clothing, educational materials, and medical supplies to slums and poor families.

On March 24, 1976, the three branches of the armed forces (air force, navy and army) took the government by force.  The guerilla groups were the perfect excuse for the military dictatorship to declare a “war against terrorism” and to kidnap, torture, and execute anyone they felt opposed to their agenda. They established secret detention centers where “subversive” citizens were taken after being abducted where they were tortured extensively and often killed.  These people, the desaparecidos, the “disappeared,” are estimated to be around 30,000 people, not including those confirmed dead and those who survived the torture and were later released.  Family members spent weeks, months, and years trying in vain to get any kind of information about their disappeared loved ones from the government.

Among strict laws including mandated dress codes (no miniskirts or women in pants), hairstyles (men had to have short hair), appropriate reading materials and political parties (the Communist Party as well as student and worker unions and organizations were declared subversive and illegal), the right to organize or meet in public was also totally prohibited.  After running into each other over and over in government offices while trying to locate their children, some mothers decided to get together to demand information about their kidnapped children.  Since more than 2 people speaking in public was declared a meeting and therefore illegal, the mothers began marching on Thursdays, walking in groups of just two people, around the Plaza de Mayo, holding photos and signs about their missing children:  they became the famous Madres de la Plaza de Mayo.   These women were essentially the only group who, out of desperation, fear and love, stood up to this brutal dictatorship to demand information about their missing children.  Several of the mothers themselves were disappeared after joining the marches, including two of the three founding mothers, tricked into a secret military ambush by the priest at a church that claimed to be helping them.

Even now, more than 30 years after it began, tens of thousands of victims remain disappeared. Despite investigative truth commissions, exposure and investigation of secret detention centers, and trials of the leaders of the military junta, most of the 30,000 disappeared remain that way.  Mass graves have been found and some bodies identified, but the majority remains missing.

Over 100 children born to disappeared pregnant women have been recovered from military families who “adopted” them after birth, thanks to the Abuelas de la Plaza de Mayo.  This group is made up of women who were part of the Madres, but whose children were pregnant or when disappeared.  These women demanded to know what happened to their grandchildren.  Since the dictatorship ended, it has come to light that pregnant women were systemically kept alive till giving birth and then murdered, and then their babies were given to families of military personnel or those who were friendly with the dictatorship.   The Abuelas, along with the support of the Kirchner presidents, created a national DNA database of those looking for grandchildren and those who feel they may have been adopted, and have successfully found 100 of these stolen children.  Some of them, now in their thirties, have taken their adoptive parents to court, while others stay in contact with them after being reunited with their real families.

Others have fought hard against this truth coming out, the most famous being the children of Ernestina de Noble, the millionaire media mogul and owner of the Clarín Group, who acquired several of her lucrative businesses through cozy contacts with the dictatorship, as well as, likely, her children.  The government’s strong support and pursuit of this high profile case, as well their investigations of the means through which the Clarín Group acquired their assets (in particular, Papel Prensa), explains why the Clarín newspapers, TV channels, radio stations and more have engaged so furiously in a public feud with the Kirchners, active supporters of human rights who maintain conflicting business interests with Clarín.   If you are supplementing your Spanish learning by reading local newspapers, you’re likely to have come across some of this.  Recently, the courts ruled that the children must submit DNA samples to be compared with the national database to determine if it matches a searching grandmother.

The march on Thursday, March 24 will bring together people from all factions of life, all ages, and all parts of the country.  All kinds of social organizations, political groups, human rights supporters and friends and families of those who were disappeared come together to remember the atrocities that took place and to fight for justice, human rights, and the truth.  However, it’s not a solemn, depressing event: It is both an event in honor of the victims and a celebration of them, of life, memory, human rights, and the truth.  You’ll see lots of families, artists, political groups, students, workers’ unions, and more marching, celebrating, making music, chanting, and waving flags and banners of all sorts.  It is an incredible opportunity to immerse yourself in the history of this country.  There are endless signs and banners to decipher and many people are willing and eager to speak to you about their personal reasons for attending the march.  If nothing else, it’s a spectacular site to see some many people coming together with such passion, and one you’re sure to always remember. 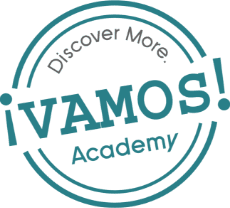